EARLY DAYS
Catholics have lived in Templestowe since the early days of white settlement. They came from Ireland and were wood cutters, dairy farmers, hotel keepers and fruit growers. The families drove in buggies to Mass at Heidelberg and children travelled there by horse drawn coach to St.Monica’s [later St. John’s] Primary School. During the 1920s the orchards flourished and the families began to acquire trucks and cars. With the outbreak of World War 11, petrol was strictly rationed so Mass was celebrated each Sunday in the Templestowe Memorial Hall.
CHANGE
Orchards were being sub-divided during the 1950s and the descendants of the early pioneers welcomed new parishioners to the little church. In 1960 Templestowe became part of the new East Doncaster Parish which also included Bulleen, Doncaster and Donvale. Father Spillane, the Parish Priest lived at Blackburn & the only church buildings in the entire parish of 36 square miles were a church school at East Doncaster and little St. Kevin’s. Father Spillane introduced the first changes to the liturgy, he commenced a Catechetic Program and he set up a Sacrificial Giving Campaign. With the assistance of some local parishioners he purchased 17 acres in Herlihy’s Rd. This would become the site for future parish buildings.
THE NEW PARISH
Templestowe became a Parish in 1971 and Father Charles McCann was appointed Parish Priest. The seventies were a time of tremendous growth with the building of the presbytery and the expansion of school buildings to cater for enrolments which reached a peak of 530 in 1975.
THE 1980’s – In the eastern section of the parish a unique venture was commenced. The Roman Catholic Church had bought 7.8 acres on Serpell’s Road in 1964. Father McCann was approached by the State Education office to build a shared school on land owned by the Church, the State and the City of Doncaster & Templestowe. St. Charles Borromeo Primary School was opened in 1983, with Sister Pauline Nicholson as the first Principal. It was part of Australia’s first joint Catholic and State School. The State and the Catholic schools operated separately while sharing the Core Building. This building housed the Art Room, Library, Staff Room, Offices and Change Rooms. The building and its site were jointly funded by the State Government, the Parish of St. Kevin’s and the local council which uses the change rooms and oval on the week-ends.
THE 1990’s – The Renew Program initiated by the Archdiocese in 1988 led to a new direction in Parish activities. As a result of home discussion groups, Ministry Groups were formed, under the leadership of Tony Byrne to respond to the needs of the parish. These focus on the areas of Liturgy, Communication, Adult Education, Welcoming and Community Life and Care and Support. With the decrease in priest numbers these groups should provide a firm base for greater lay participation in the future. To increase the loving spirit in the Parish Community, Family Groups were formed under the direction of the Passionists in 1993. Members in these groups develop new and deeper friendships through the enjoyment of simple social activities.
The 2000’s – In April 2002 Father Christopher Toms was appointed Parish Priest of St Kevin’s. Father Chris formed the Parish Advisory Board, held a Parish Forum and a Parish Conference, re-introduced the Sunday Parish Mass at the Holy Cross Monastery, introduced the Parish Annual General Meeting and re-formed the Finance Committee. Under his guidance plans were commenced to sell land at St Kevin’s and renovate the school and the church.
The 2010’s – Father Gerard McKernan was appointed Parish Priest in October 2009 Father Gerry has overseen the completion of the land subdivision commenced by Father Chris. In September 2014 he convened a working group to discuss and plan a refurbishment of St Kevin’s Church to include a welcoming Gathering Space. Church Renovations including a newly added Gathering Space and Community Kitchen all completed and opened in September 2016.
The 2020’s – Father Gerard McKernan retired in May 2021, and shortly afterwards Monsignor Anthony Ireland left St Gregory the Great Parish in Doncaster. Fr Charles Balnaves was then appointed as Parish Priest for the two parishes. 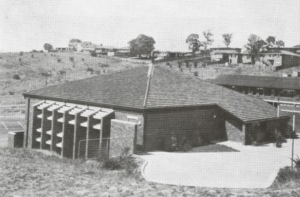